“Well, you better believe it. They’re right on that planet.”

“There must be some sort of rational explanation.”

“None, sir. None that we have been able to evaluate.”

“Perhaps their planet is in dire need of animal-based food sources, so they supplement with plants.”

“I don’t think so, sir. We’ve found they have the capacity to raise animals and yet some choose to have an all plant-based diet.”

“So, they know how to raise animals and they still eat plants? Why would that be?”

“Quite honestly, we don’t know, sir. The drone has not come back yet.”

“A species that eats plants. Fascinating.”

“What’s fascinating about that, sir? They seem like savages to me.”

“Savages? Perhaps. But this could mean that we’ve found an intelligent species with the ability to produce food and yet they don’t recognize plant intelligence.”

“No disrespect, sir, but I have a hard time believing any living organism would doubt the intelligence of plants. I would rather think they are savage creatures.”

“I understand your disgust, but let’s keep an open mind here. Remember when we discovered the Razoms in our second voyage? We thought they were mad, eating their own children – until we learned more.”

“But sir! You know the Razoms weren’t eating their children! They let the younglings burrow deep inside their bodies to nourish them.”

“Yes, but what was it that I remember the others saying? I believe they said, cannibals are abominations and shall not be granted the gifts of the universe.”

“That’s not fair, sir. That was a different time. And we didn’t have planetary resonance drones at that time. Aggregating information is much easier now.”

“Then we must wait for the drone to come back. We must give these herbivores the benefit of the doubt. Tell me, why was it we left our home planet in the first place.”

“Sir, once again, I don’t mean disrespect, but I’ve been on the crew longer than most. Please, don’t treat me like a junior.”

“I won’t treat you like a junior if you don’t give me reason to. Now, tell me, why was it we left our home planet.”

“We left our home planet to understand the universe and all creatures within it.”

“Yes, exactly. And these herbivores are part of the universe, are they not?”

“Well, then we must learn about these creatures as well.”

“Now, has the drone come back yet?”

“Yes, it has, sir. We’re transferring the readings now. Would you like me to start the data feed?”

“All systems are live, so far as I can see.”

“It seems we’ve made a mistake by coming here. We should move on to the next signs of life.”

“What? Why? What happened? What do you mean?”

“Well, umm. It just seems we should leave this planet alone. They are not ready.”

“Why? What happened to understanding the universe and all creatures within it?”

“I believe this planet’s dominant species still has much left to learn.”

“Sir, can you please clarify?”

“Yes, of course. I should explain. They let a large portion of their own kind die of starvation, while other segments of their population have an abundance of food resources.”

“Yes, indeed. And the biggest problem comes from the fact that there is a simple solution to their starvation issue.”

“Yes. If they would supplement their diets with invertebrate animals.”

“Invertebrate animals? You mean like the Cachari we eat at home?”

“Yes. But I believe they call them insects here. And the only reason they seem to not want to eat insects is that they find them…icky.”

“No, that’s irrational. Irrational and cruel.”

“Let’s find the coordinates to the next closest planet with intelligent life.”

“I wonder if they know how close they were to receiving our gifts.”

“I doubt it, sir, our cloaking technology is far beyond their detection capabilities.”

“I know that. But I remember a time when I was young – before the Ancients came – when I would look up at the sky and I just knew they were there. Then one day, they showed themselves.”

“Perhaps. But how sad the universe would be if we were all alone?”

Leave this story a review! 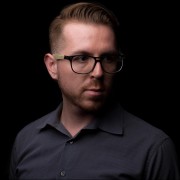 Death Is Not The End